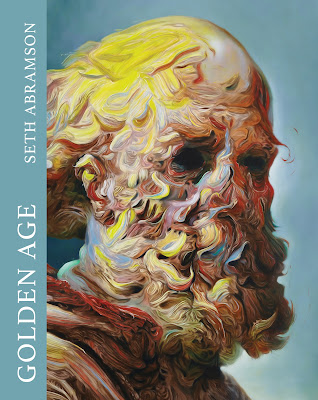 Ten Ways to Be a Metamodern Man

A metamodern man is bold, charismatic, independent, audacious,
and genius. Capturing his audience with his charisma, incredible
intellect, mastery of manipulation, and boldness of action,
he is a show-stealer who demands your reverence at every turn.

When a man has been captured and incapacitated, what does he do?
Cooperate with his captor? Beg to be spared? Hell no—
he makes it abundantly clear that he has absolutely no respect for his
captor. He does this by laughing at or snarking the one who beat him,
even if he’s in no position to do so—for instance, in pain on the floor
or behind bars.

The averagely skilled friends of the highly skilled metamodern man
may sometimes survive their encounter with a villain
because the bad guy couldn’t be bothered to finish them off.
This never happens to a metamodern man: the metamodern man is,
out of respect, always finished off.

When a metamodern man is about to be devoured, he makes a comment
that amounts to demanding that his killers not enjoy their meal.

Before a metamodern man dies, he fires off a line essentially saying
“I’m going to die, but my fight goes on,” or otherwise demonstrating
a continued defiance toward and disdain for his killer(s).

Metamodern men have a terrible tendency to die dramatically,
but will not, under any circumstances, stay dead.

This tends to cheapen their dramatic deaths to the point of them
being little more than flesh wounds.

The metamodern man is alone—except, perhaps, for a villain.
No one whose opinion he cares about will ever need to know
what he does next, and he knows it. And there is a useful but corrupt act
that he could commit, reaping the benefit without anyone ever knowing.
If he does not do it, the consequences will be severe, even deadly.
If a villain is present, he is urging the metamodern man to do it,
which possibly involves cleaning up any possible witnesses. Very likely,
the metamodern man is now at his darkest hour.

The stock phrase villains use in these situations is usually something like,
“No one will ever know...”

Stock phrases are lines that get repeated often, but always carry
the same meaning each and every time they’re used.
In many cases, the metamodern man follows such phrases with,
“I’ve always wanted to say that...”

You are watching something unfold and it suddenly strikes you
that you have seen every single part of this somewhere else.
Every trope presents itself without irony or acknowledgment.
All of the situation is clipped out of another story and pasted in
as-is. You are in a “cliché storm.” Do not worry. The pain
will soon pass. A bug will soon scrag an inept lieutenant.
Security will soon come to the perimeter. The line will soon be
held. It will be over, and soon. Remember, this is not always
a bad thing: many a cliché storm is also a guilty pleasure—or even,
dare I say it, exactly what the audience wanted in the first place.

Some metamodern men develop reputations that just won’t go away.

Maybe they’re famous for being divas; maybe they’re famous
for only playing certain roles in society—or even worse,
only playing one role. Nobody will let them forget it. They can
struggle mightily to earn a new reputation as a decent person
who can play a variety of cultural roles,
or they can resign themselves to their fate and make a career
out of it. “Adam West-ing” is a form of self-parody in which
metamodern men either play themselves or a “Captain Ersatz”
version of themselves, or else a Captain Ersatz version
of their most famous role—and play it as a total jerkass, an idiot,
or both. More rarely,
a metamodern man will play his most notable role but in a manner
exactly opposite to the one he’s most famous for—yet still
as a jerkass and an idiot. While this can be an affectionate parody,
it can also be an effective way for the metamodern man
to vent his spleen against a role in society that has gotten old fast
or even ruined the metamodern man’s life or career,
until the self-parody amounts to a “Take that!” against himself.

A particularly bitter metamodern man will make his self-parody
a deconstruction of his old role,
explaining how it was a horrible role and nobody should emulate it.
Like all deconstruction, this can come full circle, with the actor
doing a sort of “reconstructive self-parody”: sure, the role was stupid,
but I enjoyed it.

“What is the furthest possible you could take the concept of irony?
I mean, it’s being pushed so far nowadays
that it comes back around to being varying degrees of sincerity.
Has the limit already been reached? I think we could probably
put in an infinite number of posts before post-irony. Post-irony
will be succeeded by post-post-irony, and so on and so on.
Can’t we just go back to enjoying things again without this veil
of ‘New Sincerity’ or whatever? Take a look at Pynchon’s novels
and it’s like, Jesus, give it a rest and say something meaningful!”

“Sheeple! Fuck off with your shit. Irony can exist, but it has to
with sincerity to still be authentic. Catch-22 is a good example
of proto-post-post-modernism—a healthy mix of the two—
in which irony juxtaposes with the terror of the end of the book
to create something not entirely ironic, yet not entirely sincere.
Think of Milo bombing his own base. McWatt killing Kid Sampson.”

“That isn’t post-irony—stop listening to vaporwave. You’re an idiot.
Literature could be happening, and you prefer discussing genres!
Learn how to read; Pynchon’s works border on dad-tier sentiment
half the time. Name me one problem in America that isn’t caused
by inauthenticity.”

“The authentically trivial pursuit of authenticity. Socrates
already took irony as far as it could go: ‘sail on a ship /
passengers pay sailor / ask paying passengers why they are
paying / because they do not know yet if their trip was for
good or ill’—now keep up this level of ironic awareness
every hour of your life and you will have reached Socrates.”

“Post-irony, New Sincerity, and even ‘meta-modernism’
have literally nothing to do with irony—it’s the complete opposite,
i.e. cowards running in fear but pretending they’ve transcended it
to appear highbrow. I watched an interview
with one of the degenerates Shia LaBeouf spends his time with
these days, and it caused literal pain in my soul. In response
to your question, though, the limit will be reached when there is
nothing to be ironic about anymore. Irony needs sincerity to exist
but also, when successful, it defeats sincerity. If irony wins the war—
which, sadly, it looks as if it won’t—then it will have destroyed
every opportunity it has to exist. Then we’ll see what’s next.”

“I was being ironic when I said that. Vaporwave is for pseudo-plebs—
‘future-funk’ is the way of the future.”

Tennessee is humid. Two ladies are doing awesome
things. (“I want to make you happy.”)

Looking out the window, thinking of ways to be
benevolent,
you hold up tequila, the BBC radio drama Neverwhere,
and a super-awesome-fun movie
with weary competence. I write a self-help book
to illustrate how to eat cookies. And my feelings.

I did do things other than real, terrible love
and sweet delight. (Spoilers—excellent!) What goes
in the bowl? Milk. Mind.

Still pretending upset? You must suffer every day!

When I leaned on style, uninspired,
there was too much after a while. Texts: What friends!
(Gah! False teeth give you a crowded smile.)

Like a child’s newsflash, the swords are all for her.

I can firefly back and forth, salt the earth,
mark a great man lightly. (“Guess I’m just a good man
again. Nothing to do but complain about it...”)

The funny thing is, I’ve never thought of myself as bad.
I didn’t know.

Freedom and other corporations politically motivate
television, Obama, SEIU,
anarchists, capitalism. LOL—we should be so lucky!

Must read: Wanting Probably Has to Be Balanced With Ability.
Identify Good Ideas and Be Effective. Attract Authenticity.
Remove Restraints of Power. Labor! Don’t Let Fraud
Spread the Word for the American Dream. Stop Attacking
the Middle. Support ‘We Won't Pay Until You Do’. Stage Protests
Over Rising Costs.

Start to thwart Will!

Last summer, I ran in Sheffield. It was a great few weeks.
I covered a lot of very useful ground. In fact, it went so well
that this year in Manchester, over five Thursday evenings,
starting on 5th September, ending on 3rd October,
at the lovely Northern Quarter,
places are available for the details. And how! (What is form?
How do we mean? Do poems acknowledge their influences?)

This focus on “forms”—it established organic forms
within the idea of “you”
to deepen your form, vocabularies, poems, confidence.

(Understanding your work is a challenge.)

A brief explanation of your interest: a revelatory focus
on my weak discussion, mediated through breath
and knowledge. Brilliant, inspiring, heavy-hearted.

I hadn’t expected learning about form to open up
a new feeling. (It was the bottom for me—the whole time.)
But I opened it, and I loved the look of it: “Ah-ha!”

Whenever you need me, you just have to say:
“Let’s strike a little deal.”

This is the thing: I’m losing me. (Boy, there’s
nothing to schedule, no more to sort!)

In my future, I see you and me: we are whole,
but not exclusive. I’m flexible
and you’re tough
and cannot see either doubt or shadow.

I hope this isn’t a bad omen.

(I don’t recall anyone objecting on that bright
September day!)

“Climb out of bed, my darling,
and begin to dress!”

A door she had yet to walk through.

“Ten Ways to Be a Metamodern Man” is an appropriation and reframing of several entries from TVTropes.org, including the entries “Adam Westing,” “Cliché Storm,” “Defiant to the End,” “Magnificent Bastard,” “Not Worth Killing,” “Death Is Cheap,” “Stock Phrases,” “What You Are in the Dark,” and “Regret Eating Me.”

“Drive-Thru Window Conversation” is the lightly edited and augmented text of an actual Reddit conversation about metamodernism.

“Four Exes” is a phrasal remix born from a one-time and exceedingly basic Google attempt to locate online texts written by ex-girlfriends. Each section attempts to use the discovered texts to capture one aspect of a past relationship; no text appears in the fourth section of the poem because no information on the person in question could be found. Based in a curiosity about—but not any bitterness toward—the past, this poem was written with great respect and admiration for the four individuals whose social-media or author-website texts were deconstructed (beyond recognition, and intentionally so). All four of these individuals are extraordinary people, and three of them also happen to be talented poets who themselves have written poems about the author of this book. Still, their names do not appear in this book out of an earnest respect for their privacy.