Carl Raschke and Post-Philosophy: An Interview 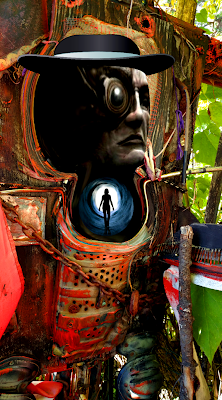 Carl Raschke and Post-Philosophy
An Interview

The following interview with internationally renowned author and academic, Professor Carl Raschke, is conducted by X-Peri Editor-in-Chief, Daniel Y. Harris, as part of the partnership between Esthesis and X-Peri. This partnership was launched with Carl Raschke’s interview of Daniel Y. Harris, aptly titled From Shakespeare To Search Engines – Experimental Poetry Comes Of Age.

Daniel Y. Harris: From the concept of the alchemy of the word, to quote from the title of your epochal first book, to infinitely capacious tropes such as Derridean différance and Deleuzian rhizome, through to the disciplines of political and critical theology, in what ways would you describe your current philosophical and theological thinking as post-philosophy?

Carl Raschke: I have coined the term “post-philosophy” (in contrast with, for example, François Laruelle’s catchy term “non-philosophy”, which he lifted from Deleuze decades ago) to convey the theme that philosophy is not longer an autonomous strategy of discourse, but a way of “branding” certain privileged strands of theoretical conversations while claiming a certain pedigree for them that would effectively turn the heads of our cultural peerage-mongers.

Philosophy historically, especially in the modern period, has claimed to be a kind of “metalanguage” grafted from the hard sciences that might somehow serve as a “grounding” operation for all more specialized investigations of both the natural and the human world. Certainly that was the aim of Descartes’ claim to have discovered with his ego cogito the “Archimedean point” of all knowledge, and it applies as well as to Kant’s “Copernican revolution,” Hegel’s standpoint of absolute Wissenschaft, or Heidegger’s “fundamental ontology.”

One may say it is also the thrust of Aristotle’s Metaphysics. And it of course is exactly what Laruelle is doing with his so-called “non-philosophy”, which is actually philosophy in its purest sense (i.e., trying to acquire a kind of Olympian standpoint from which one can enter directly into the gaze of the Real). But with what Heidegger himself called the Destruktion of metaphysics, from which Derrida derived his notion of “deconstruction”, we have also the “destruction” of philosophy. Heidegger himself called it “the end of philosophy.”

With Derrida we have the still unappreciated insight which he took in a roundabout manner from Hegel,​ that we cannot separate philosophy from the history of philosophy, except that for the former philosophy always amounts to a kind of unique sentience about what philosophy is actually doing that is attendant on the reading of philosophical ​texts. With Deleuze, particularly during the period he collaborated with Guattari, we see an effort to return to what might be considered the "original being" of philosophy, which is the being of “bodies” and their interpenetration and interaction with each other. Deleuze maintained that the ancient Stoics had taken what we might call a “somatology” (from the Greek soma (=“body”) as their starting point.  That was the platform from which Deleuze, following Nietzsche, undertook his “reversal of Platonism”.

The Greek word for this kind of “bodily knowing” was aisthesis which is usually rendered in a misleading manner as “sense perception”, in opposition to noesis (i.e., conceptual knowledge). But philosophy, which is a distinctive Western idea shaped from the outset by Plato himself, has always allied itself with the latter form of knowing, while subjugating the former. “Esthetics”, therefore, has historically been viewed as derivative, and subordinate, task for philosophers who seem to concern themselves merely with the “beautiful” as opposed to the “true" and the “good.” But what if philosophy indeed did begin with aisthesis, rather than noesis?

A “post-philosophy”, therefore, simply comes down to starting over from scratch to go down the road philosophy could have traversed in the first place?

DYH: How does your online publication Esthesis advance both the output and the visibility of such a genre?

​CR: Esthesis is not a journal of theory. It is about “arts and ideas,” which unfortunately are two strata of discourse which rarely link together these days. ​Esthesis is largely an effort to give voice to those who seek to theorize - or reflect on - the arts in compelling new ways as well as to bring what we used to call “avant-garde” ways of thinking or philosophizing in close-quarter communication with the arts as what the radical European culture collective Tiqqun dubs (perhaps extrapolating from Wittgenstein) a “form of life”. A form of life is not a “discipline”. It is a forceful, lived expression of human beings in their autogenetic habitats. We want to do everything we can to change the conversation about the nature and role of the arts and “humanities”, casting them not so much as academic enterprises, but as paradigmatic praxes that put us in touch with the very genesis of thought and experience. In that regard Esthesis consciously and promotes the aims of any general project we would dub “post-philosophy”.

DYH: In what ways does post-philosophy challenge the academicization of thought?
​  ​
​CR: The academicization of thought in the United States has been responsible for both its compartmentalization and its trivialization. It has also been a major factor in its commodification. Knowledge, learning, and thinking has been cartelized by the American system of higher education as a means to an end, as a functional pinion within the global economic and financial machinery. To have any engagement with sophisticated ideas you have to go through some kind of approved syllabus of the corporate-financial-government elites who are the gatekeepers of what is socially, politically, and civically “acceptable, and who serves as “factory bosses” of the increasingly marginalized “knowledge workers” that live paycheck to paycheck belong to the swelling classes of what radical social theorists have come to call the “precariat.” Post-philosophy does not shackle us to the protocols of academic thought, even though the resources for its evolution and implementation can be assembled, like fragments of found art, from the oddments and tailings of the academy. Post-philosophy (following Deleuze) constitutes a new, theoretically generated kind of chaosmotic discourse.

DYH: In what multifaceted ways does the ancient Greek concept of poiesis manifested through poetry, the visual arts, film, theater, music and literature inform you scholarly oeuvre?

CR: The Greek word poieisis, from which the term “poetry” of course derives, is multi-valent, or polysemic (i.e., it has a wide range of often competing connotations).  Both Plato and Aristotle gave it philosophical currency, although they differed in how they employed the concept.  The original Greek context in which the term transited from an ordinary to a specific, technical use is now largely unintelligible to use, but a certain distinct way of negotiating the various twists and turns of this evolution can be found in the writings of the German philosopher Martin Heidegger, who has become our only remaining and definitive authority for making sense of such a legacy.  As it turns out, there is far more going on than what we find simply in Heidegger’s own specific take on the matter.   But that is a problem for scholars, not art theorists. And Heidegger gets right a lot more of the early Greek nuances to the problem than he gets wrong. So let us begin there.

Heidegger distinguishes between the Greek concepts of poiesis and techne (the latter of which yields the word “technology”). Poiesis is a kind of “autoproduction” that belongs to realm of physis, or what we refer to as “nature.” Techne requires human agency and intermediation. That is why, for Heidegger, “poetry” is the authentic voice of Being itself, whereas “technology” is the upshot of what he calls Seinsvergessenheit (German=”the forgetting of Being”). As you know, my more mature scholarly oeuvre begins with a book I published in 1979 entitled The Alchemy of the Word: Language and the End of Theology (republished around the turn of the millennium under the title The End of Theology). That book introduces the later Heidegger for the first time in a serious way into religious philosophy as well as the early Derrida. Derrida, of course, received the inspiration for his famous notion of “deconstruction” from Heidegger’s concept of the Destruktion of metaphysics, a theme which I develop extensively in that work. But unlike the legions of “deconstructionists” who have multiplied since the 1970s, in The End of Theology I describe how the key to language is not the unravelling of sedimented textual meanings a la Derrida but the generation of unprecedented significations – what Heidegger dubs the “saying the unsaid” – through the poetic deployment of words.

DYH: In what multifaceted ways is post-philosophy performative and dramaturgical?

As I emphasized in what was for me personally a career-turning essay published in the Harvard Theological Review in 1975 (entitled “Meaning and Saying in Religion: Beyond Language Games”), the “linguistic turn” in philosophy, which happened as early as World War I and in many respects has dominated ever since then (even after Derrida) can only be fulfilled through the realization that only a small segment of the larger spectrum of meaning in language can be considered inferential or “propositional.” Derrida himself offers a devastating critique of this embedded Western philosophical conceit in his essay entitled “White Mythology,” which unfortunately scholars who want to cut to the chase of what “deconstruction” implies tend to ignore. Deleuze and Guattari in their Anti-Oedipus volumes carry this distinctive “post-structuralist” critique of metaphysical, or propositional, models of meaning to a certain excess in the very direction you mention, especially with their valorization of the experience of the schizo.  They even end up saying that philosophy has become “nonphilosophy.” However, since Francois Laruelle and the speculative realists have appropriated the term for a completely contradictory agenda, I think the term “post-philosophy” is more appropriate, especially since we are talking about what philosophy is becoming, not what it is “not.” One could of course argue that philosophy is at its inceptions performative and dramaturgical. That is why all Plato’s thoughts are coded as drama, and Aristotle’s writings were originally lectures.

DYH: Please discuss your plans for a memoir.

CR: What you would call a “memoir” I would call more an “engaged retrospective,” since I would be immersing myself in the flows of the history of more than a half century. I would seek to “overcode”, as Deleuze might say, those flows in a distinctive way, not only when it comes to philosophy and theology, but my long-running engagement from the late 1970s to the late 1990s with “esoteric” and strange undercurrents of our collective experience – i.e., my days as a “real life Indiana Jones,” as one of my book blurbers once called me. My own personal life is not that interesting. But, like Ishmael in Melville’s saga, I had many curious glimpses of the “great white whale,” and I would want to find a literary way of bring the full “unsaid” ramifications of what happened to me, before me, and through me to some enduring and intelligible, as well as interesting, narrative synthesis. In my trajectory there are a lot of long lost and expertly buried “scrolls of Qumran” waiting to be discovered. But I would not call that trajectory “my” life. I would prefer to invoke Deleuze’s phrase – a life.
Posted by X-Peri at 10:06:00 AM