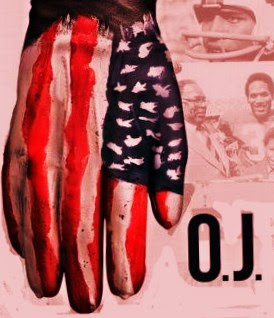 I have done the state some service, and they know’t.
No more of that.  I pray you in your letters,
When you shall these unlucky deeds relate,
Speak of me as I am; nothing extenuate,
Nor set down aught in malice: then must you speak
Of one that loved not wisely but too well;
Of one not easily jealous, but, being wrought,
Perplex’d in the extreme. . .

Just so, in one of his late TV interviews, O.J. begs the public to remember the “good O.J.”: the one who “was your friend,” the guy who always tried to treat people well, to do unto others as he would have them do unto him. At the moment he says these words, he clearly thinks of himself as somehow innocent. And—for a magic moment—we think so too.