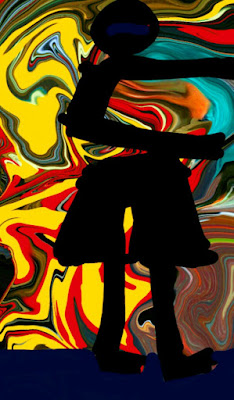 and four other poems

placing, a look
a gull

or, recreation, rewards or to a mind
a perfect tool

or, law.  At last
if it had been the turning of a water wheel

A rope, or green
standing in, closer

a title, a given space
or,

as upon question, or, appellation, a spur
or, so to convey

in alternating causes, in states and professions
a line on end

in cloth, in measure, in anonymity and in parodies
to vary

or,
familiar.  Passing fast, in jolly tapers and leagues

and in the interest of descriptions, turning back
to rote places, to notes

and floss
a certain sun, and moon and stars

and out of house, a useless emulation
getting to, or, not to use

a looking outward, in secret, deciding
it is latent, and pause

and lasting into song.  how does
a body know, here is a hand, and here, is a sentence

or,
what’s riding on hearts

a plum or knob, to see
purposes, prior to, or, unlike a knob or fruit

a purchase, or gestalt
in time or in enumeration

the nature of a stick in sand, the nature
of a rib, stuck upright in a palette

before a spry, metaphysician
an accent, passing close, unstoppered

a poem, in simple measure
can say the names of surrogate places,

can count the change in a blind man’s cup
a day, in folds, moves, asking leave to come and go

when having heard, are setting works, in geography
to days

when having heard, are breathing deeply
into cups

going, is town to town, changing hands
into cups

in act and in objective
another sequence, or condition, in nearness, to

spinning articles, and arrival, at once
a wish or trespass

the entrance of a man.
And as was consonant with sleep in daylight

after hurry, and pursuit, after warp and corrugation
given,

to say, the saying of a fold, this is a face
or,

this is a church, and, this is a moment
in a wheel

a father, and a son, a wife, or, inflection
recovering a no

a sally,
out of hand, is giving cupboard

to great aunts,
are likening boys, at scrimmage,

to brocaded hemlines.
And later on,

dressing up is chipping in, for visits
to quiet places.

how, to overhear, is to seeing
is to waking, early on

is to raising, a cloth
in ransom

residing, is remaining
to pedal far, ahead, of shouts

to such, a one, unremarked, by misstep
or violet

seated in relation to north, can precede
in common,

what is now, and what is giving way
are hidden, coming

to an end
or still unuttered, and again.  A voice

seeing to morning,
is hiding grahams into umbrellas,

is hiding sneakers, into manners,
and knowing, is someone, eye to eye

or,
were otherwise unthought of

a lawn, remote, in dither, bottoms
and ever varying

in picture, in summer, upon water and on clouds
to pedal far, ahead, of shouts

a life, by other means, is tilting
into corners

a life, by other means
can rest, or prise, or, customer, a morning

an epitome, in parenthesis
a passage, or, in correspondence, the solitary arc

the sinuation, out of home
As much is harrowing,

or untried,
the eye, in community.

the pilgrim, in tournament
is getting over, getting on

a life, by other means
is fitting words into corners

a life, by other means
is tilting after cranes

and following, in salute
in all the forms of one, whom, some, are

and aptly so
in rooms overlooking quiet places.  A chaplet, of prayer

and pension
of groundsmen, in repair, of arms and legs

in repose
a going far, is taking hand

a seeing, or turning, after modesty, or departure
or when coming out of sleep

the principle, how, in repeating
or as in, once, honestly, mistakenly

the corners.
for the persistence of a passageway

in aim and in pursuit
let upon, then, and to hold

hearing, can hear, or, that is seen
touching, and looking, and turning to account

the tenses, and the delicacy
And given to the absence of intentions.

being meddlesome, and astir
that it was she when she was honey

or were not cousins, after all
this is the suggestion, this is the unseen

the Helen and Georgina
the lips that move simultaneously

And this is the pleasure in pursuit
at hand, in mind, the ideal eye

attendant, and at issue
in appeal, and in economy

A line on call.
and given to the absence of intentions

being random, and audition, familied
and in principle, so

Gregory Vincent St. Thomasino was born in Greenwich Village, New York, and was raised in both the city and in the country across the Hudson River in New Jersey. He was educated at home, eventually to enter Fordham University where he received a degree in philosophy. In 2009 he received the Distinguished Scholar Award from the Doctor of Arts in Leadership program at Franklin Pierce University in New Hampshire. His most recent volume of poetry is The Valise (Dead Academics Press, 2012). He is founding editor of the online poetry journal, E·ratio.