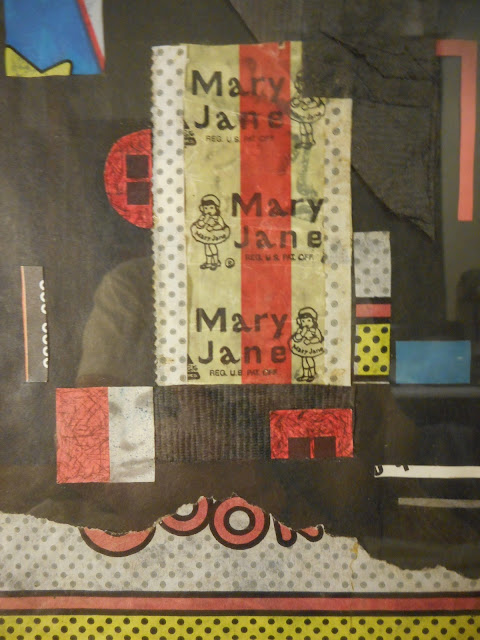 Told Where to Go by a Surrealist Poem

Really? At least it’s hooked me into reading
on, and I do. Freak-out events that can’t happen
happen. Green blobs approach, and we’re surfing
several whitewater channels that threaten to come true.
A whooshing jump-cut. Animals that look like people
that look like animals are busy at various playful
and backbreaking chores, repeated (with changes) again
and several whacks again. Again? Dangnation!
I’m lost just where they wanted me to be, alone
with their red hot ice cubes, no louder or smoother than
these freeze-frames. The Dormouse overdoses. I’m being
told how plodding is my mind, I’m the living dead,
programmed zombification for Instagram.
Words don’t know what they’re talking about,
they won’t hear what I just believed. Funhouse daze,
maternity leave for Grendel’s mother, anyone else
feel faint? It’s Loona World, plus whatever opts out
of being the case, just as big brain’s bargain basement
urges you to paw the goods, why not, it’s a free
country and just this once you don’t have to pay.

Has been
Part of a living
Cow. Is not now.

No need to say here’s
Some cold sniping, most
Unamiable.

Could choke you
Unless someone tries
the Heimlich maneuver.

Unheimlich: It means
“uncanny.” But gristle
Is canny as a nanny

Goat just before rapping
Your knuckles to tell you
How stupid you are.

I got good at getting the hairs out of them,
grunt work, granted, but handled pdq.
The aftermath felt cozy, collaborative,
to the extent people ever looked at a flash
going off when the designated carpet salesman
drove up, a worm turned, or an avuncular type
winked and quipped, “You little so-and-so.”

Kiwi had its points, so did peach, ditto
cocoa—and silver, especially old silver,
goes with any color, it’s that versatile.
I could drink most of them most days.
They could also be instantly spewed out
when a fit of debunking took over.

You saw it first, the drunken wasp whose tail
got mistaken for a black-and-yellow barcode.
Consider it a childhood memory of parks.
In that dawn time everybody ran in packs,
so we called our gang The Bronx Luckies.
For mass transit the transported had to buy
brass tokens, a buck-ten each. They stuck it
to you, same way Chinese “cash” had piercings—
We’re talking before plastic swallowed everything up.

And ever shall be. The clunker remaining?
It wasn’t sex work, it was survival. Besides,
nothing never ends, even when it busts a few
killer moves trying to or when you card
a mom or any other fiber optic. Oh: would you tell
your friend odds are she’ll be going home soon.