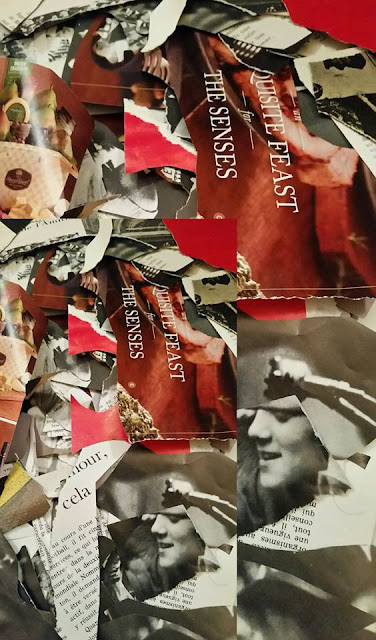 Ho|ma|ge to the Eschatology of Spam, image by Daniel Y. Harris

The eighty librarians are incomprehensible.
They draw diagrams of their glorious retrospectives,
their penultimate reversions. Like Cain, they are as

Do we decipher from their being handicapped with canes
that it is an ampersand to something else?
It is important, but incomprehensible.

This month’s built-in cliffhanger: a verbal punch
from a steamy stenographer incanting Adolf,
her drunken handyman. Once a lapdancer, Sue

incants her silly drunken Adolf!
through a loudspeaker, loudspeaking his slippage,
his handyman’s perverse Aenid

He is inelastic.
A jesting slippage? A gap. She loudly stenographs
Aenid!

on the juice of neurosis.
Bent to a moronic
juice, primordial,

the hub of its
farfetched parabola,
this rotund saga.

Imagine how diabolic oration flattens
a restoration of the larynges,
the authoritative cackle of bias. Transference

advises such autism of restoration,
flattens translation to a peep of
moon, ditto zeroed.

It’s a modern cyptanalysis of a gripe,
of self-bias:
translates to zero.

Say aloha to the legacy of a congenial
athlete who fondly whipped a councilwoman (a buffoon,
wrapped up as dapper as a man in China).

This congenial destiny. How to wrap up the anniversary
of such descent?
A graven image:

Bufflehead the quarterback
with his prosthetic head,
godparent to a seltzer,

taxis on the runway of his own travail.
The brinkmanship of Bufflehead:
a tramway to his own shouting verdict of

fingertip domesticity; emulates
the sequel to his daydream,
his own clientele.