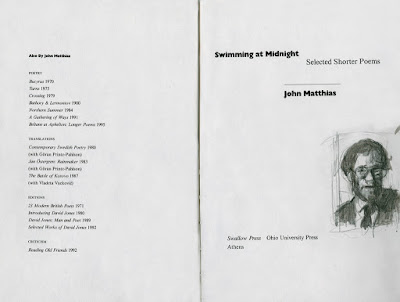 Artist Douglas Kinsey and I have collaborated on many projects for more than forty years. Doug has provided monotype illustrations and jacket covers for several of my books, and we have done readings and exhibitions together, most recently in collaboration with Jean Dibble’s poster poems featured on X-Peri in January, 2016 http://x-peri.blogspot.com/2016/01/john-matthias-and-jean-dibble-hij.html, three ago at the University of Notre Dame Rare Book Room. The present drawings were part of that joint presentation.

I have long admired a unique edition of Dylan Thomas’s Collected Poems with drawings by Welsh artist Ceri Richards in the margins. This was published by Enitharmon Press in 1980, edited by Richard Burns. I showed Doug a copy of this edition and asked him to make some drawings in the margins of my 1995 volume of poems, Swimming at Midnight. That book was chosen, among many other possibilities, mainly because it had the widest margins among my publications, the most white space. Doug’s drawings are much more finished than the sketches Ceri Richards made in Thomas’s Collected Poems – Richards did his all in a single day – and in no way influenced by them. Some of Doug’s – the drawing in the margins and facing blank page of the title poem and the swimmers drawn in the white space of the table of contents – are especially masterful.  At any rate, Doug and I are very happy that this collaboration can now be seen by more people than were able to page through the book itself at Notre Dame. 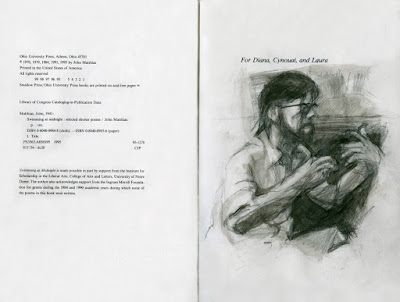 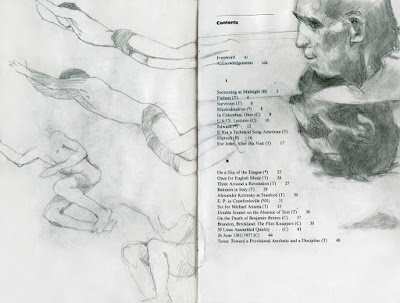 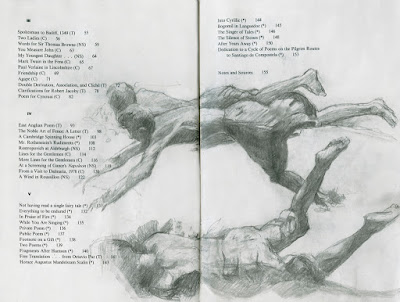 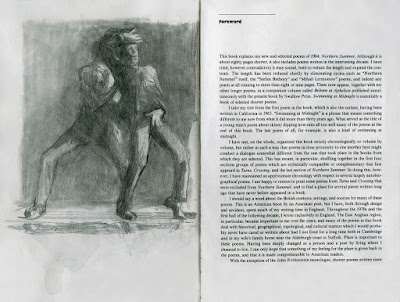 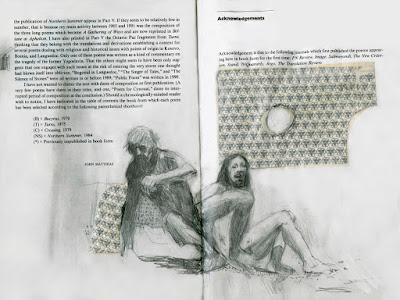 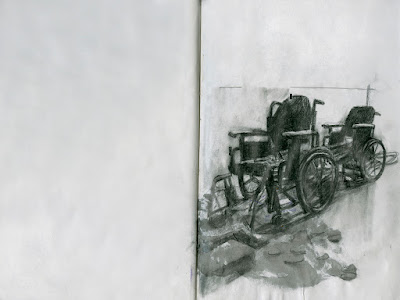 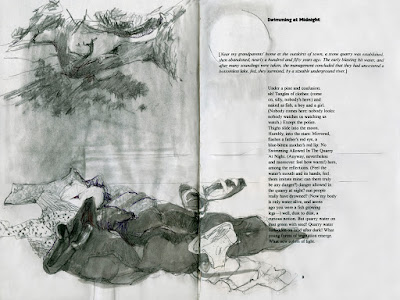 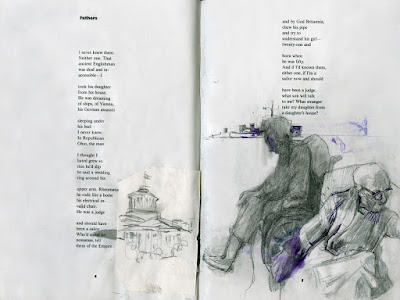 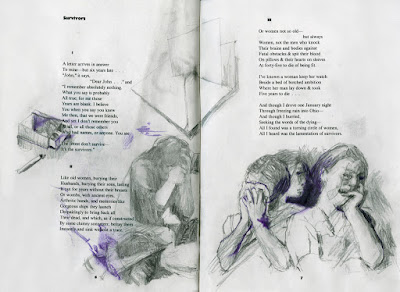 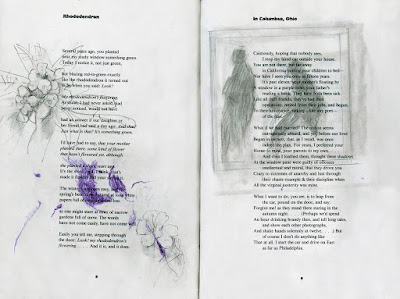 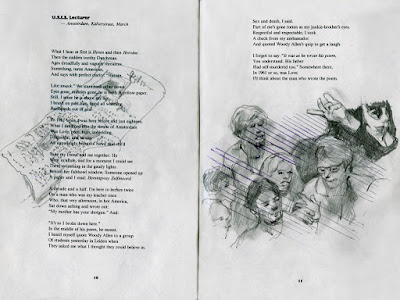 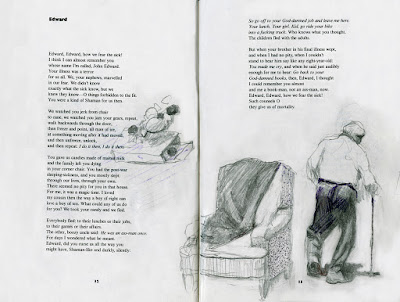 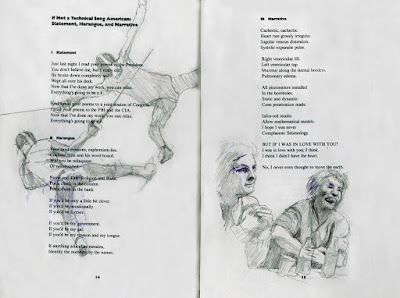 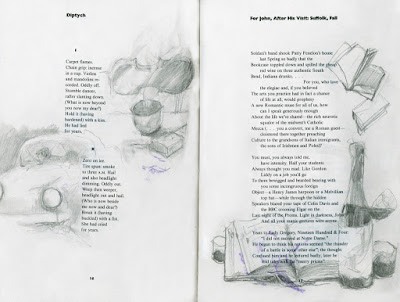 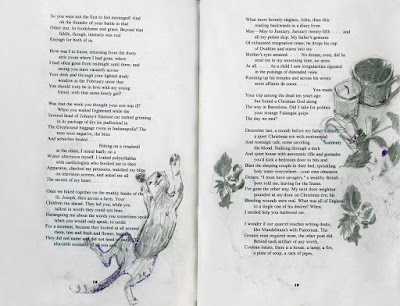 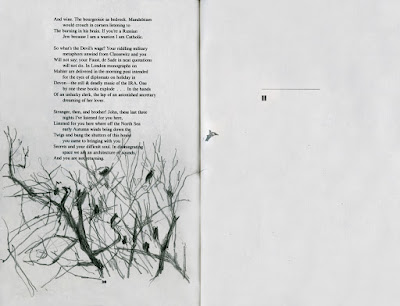