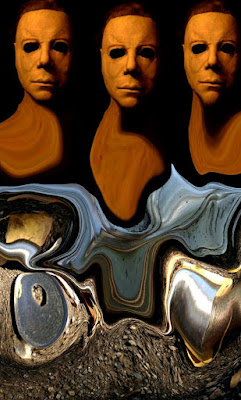 It was neither Colonel Marsupial Baltrice, Mr. Marlap
nor Mrs. Merlot who stood over the dead body, broken
with glass and broken with mind. It was Jimmy Æthelstan,
thug king of the bottom two, waxing Mercian in the hood.
We heard the news from the panoptical priestess’ tweet.
#Yo J-Ecgwynn. He dead. The high school in the vinyl
town, near the Velcro border of the M-Mini-Supermarkup,
held a séance. Horror hit the latest. Went missing. Pin up.
Brunanbruth spun the beats. We’re gonna party like its 937.
They protest the Annals of Clonmacnoise. Less this race.
Is Penrith in South City? Only on Thursdays. The rest
of the week, no-fly-zones. Call this book The Skirmish
of Point Blank. There is a new voice but it’s very hard
to find through the confessional, media pricking pomp.
Make It New, Olaf. Where Ezra failed in Anglo-Saxon.
That hoary-haired warrior, bereft in the fray of the police.
Take it off the page. Slaughter ever surpass these words.
Pound it. Pound it. Pound it. Pound it. Pound it. Pound it.
It’s a golf course today. Bones of a nine iron. A staccato
for our soundscape to par. A handicap for a battlefield.
Three strokes to the trans-pennine. The brambled never
made any sense, even now where she sprained her ankle.
They can’t just glad. This octave. Tremolo. Happy sharp.
Bottoms up to Symeon of Durham, now a hack caddie
angry that Bill Murray doesn’t know of him in his time.
The greatest actor forcing all constituent parts to side in.
Our freeman status is a translated body ride to the arrest.
No tomb. A hung jury. Too much bad news bad to rate.
Only the confessor survives. Sooth Malmesbury burials.
Nothing augments Egil’s Saga, even if you’ve not heard
of him. Nobody has, like Passenger 57, lost on Netflix.
#Yo J-Ecgwynn say the near death experience too near.
Maybe her last night. Nobody see Vin Moor. In annals.
No one breathe. No one the noble stone. No one Geoffrey.
Cause all I ever have, redemption songs. A crown. First
time instead of a helmet. Thorns. Halos. Shawls of heresy.
The new ordo was influenced by the two penny ambients.
No archbishop of narration will decree a triumphalist end
to addiction’s need to create character’s in lieu of a true
self. As many as none are empty. These new voices, but.
Jimmy Æthelstan has no role. He exists only in our name.
When love dies. Accordingly. Prevails. Some are misborn.
Tropes are now everything at the head of the list of laity.
Absolutely nothing to do with preludes nor with raw 1805
beating against clocks. A generation lost in space. Youtubed.
They have no childhoods says the Cliché Counter. Pugged.
God save the Queen’s hagiography. Jimmy Æthelstan mourns
the invasion and calls upon recruits to Pay It Forward. Many
have been made redundant and blame the Saxons. Red states.
Once we get to the Synoptic Gospels, there’s no turning back.
Free to independence and co-dependent. Only rabbinical mass
of the weight of Akiba can stable the brow. Out of left field,
Samson’s hair greys finally out of puberty. These Nazirites
and their Delilahville squint to focus more under a buck fast
food. Tolerance. Some die in Canterbury in 926. Some die
surrounded by no-weather in the Place of Oranges. Family.
They reign supreme. The last days must live beyond when.
Frankpledge, the frith-borh parody, is someone to describe
us when others won’t. Can’t resolve by easy instability. No.
This final Shut Out Night. Don’t squander The Surety Oath.
No one can hold it. Not even retort, nor literally peace-pledge
to aid the effort. Did Jimmy Æthelstan discuss his father? His
father died recently and left him nothing but many Court Leet.
We leave you to it and can’t continue. It’s killing us. Please read.
We know we can’t. Peripheral. The sick come up and bugger out.

The elephant is not in the room,
it is in the pool behind the cathedral
or marching down the high street
in black and white on a postcard.

The thing you fear the most
cannot be named but is always here,
unspoken in conversation,
mentioned in asides and footnotes.

The band we loved the most
split up and never reformed,
their music unheard for years
has never been re-released.

The three-headed monster
guards the doors to the past,
is outside the future’s portals,
can never ever be tamed.

The elephant is a rogue
who seems to live forever.
He has become part of history;
be glad you don’t live next door.

We don’t teach or learn in straight lines
We don’t understand analogies
or recognise unusual correspondences,
can’t conceptualize the anthropocosmos.

With arms outstretched we author
internal coherence and desire,
imagine reconciliation and mourn
the death of metaphysical unity.

The flowers give honey to the bee,
the bee stings predators that come
too close; when we are stung
we ache and swear and wait

for the pain to go, having built up
traces of immunity, memories
of processes along with ideas
for beeswax sculptures

we might build in the future,
when we can function as artists,
make use of heavy softness
and brute intervention.

The artist is alchemical,
the teacher a poet of realities
greater than herself. History
echoes on through time as time

expands and contracts. We live
with dreams of restoration
and rejoicing, beyond
the melancholia of angels.

I wave adieu
to Colonel Marsupial Baltrice
before the Missa
pro defunctis. Me, in death and mourning,
first entrance antiphon: accusative.
I scatter ash among muck
in the introit to appease the Patri.
No respite for this infidel. No stint in gunpowder
and lipstick. No requiem aeternam dona eis, domine.

I remain in use, audible, but hidden in italics.
The haunt encroaches. Bacteria. Incense.
Flip-flops. Agnus Dei. To whom do I owe
the pleasure? It is I, the redeemer minus one. Who died?
There is no Gloria in excelsis Deo. No one. I trust you, completely.
I give myself to eternal life and panic disorder.

Where are the Seek-Succour’s? High heaven
distills twelve laborers
with sets of chops. Suffer
us not in brute fancy. The dead will die in the Lord
of Rude Conceit. Save me from the wicked stilt. Save us
from these wicked stilts holding up the eyes. Crutches. They don’t remember
the earliest surviving polyphonic setting. Call the fauxbourdon
to contrast. We’ll appeal but don’t call us archaic.

A Trend-Setter objects. No surprise. Have we arranged
the reliquaries? Not likely,
nor have we performed an a cappella.
This is serious. No omissions. No resolve nor dirge for Colonel
Baltrice. The bandit is dead. This is his oratorio of persuasion.
It’s non-flammable.

Frankly, I’m relieved and listen to October crickets crack
silence with their broken rhythms.
I hate nature. I’m unnatural. If only the salvator mundi would throw me a bone,
but I twitch with a luz bone instead of a spine. No throw
is forthcoming. If I could only sleep.
We sleep in jest: this Month’s Mind. Life-Cliché speaks: die already. The people
are board and resent having to work this hard. Your point? It’s pixilated
with critical acclaim. The real new: step less on the pattern. I won’t cut
my hair. I won’t breathe as much. I’ll drink less water, riding
a ghost bike through its Dries Irae. The triptych locks
now that we are close. Very close. I’m scared. No joke,
Sardonic-Empire, close. Have a mummification. Toast,
and spare no remorse for suffering.
Suffer the angelicum and rip the rib: this day
of judgment: this farce of selfhooded-we-in-one thwart.
Happy the children who inherit.
Happy bliss.
The encore.
Pack a camera.
We’re exciting. Tuba mirum
spargens sonum. Are you on board?

This caper. These accomplices.
A random malapropism,
say as Officer Dogsbody,
but I translate you for brain.
Why be obtuse when you can be abstruse?
A tidy sum, wouldn’t you agree?
No, we’re after pure liberation
with a tad of libertine. That’s why we demure
to Mr. Probity. It takes two: double and alias,
shadow and avatar, to cast the perfect
artificial anthropoid. It’s blind mockery,
that deference to William Archibald
Spooner with terruffic striggles.
We’ll refrain from those annoying
morphemes. Was that belly
jean pepped in stew? Simply
due to the smell of sulphur? Never
mind, I’ll smell it with me pint,
hypodeemic nerdle and concede
it’s dangerous, and we’re frivolous
with dizzy beans of the apocalypse.

“Mountains house the gods,
caves are entrances to the underworld,
sacred rivers wash away sins
and ferry crossings are places of transition”,
says Philip Marsden in his new book,
which is clearer than your twisted gospel
and bunch of random facts.

But Professor Marlap is more inclined
towards a hell on earth, a system
that condemns us all to life eternal.
And as for Pozzo? I prefer pizza:
margaritas with some olives on top.
Pozzibly one of the worst jokes
in this arcane delusion of a text.

Scared or sacred? Both if the nephilim
are roused. Angels on the earth?
Something’s amiss, there’s prophecy
and trouble afoot; things interfered with
and misdirected. Crossed wires,
misunderstandings and misery.
Theological knots and contortions

that will take centuries of torture
and war to forget. My sacred river’s
mostly a mudflat, the cave I found
a dead end full of high tide debris.
I refuse to pay the ferry charge,
prefer to drive the long way round.
How did we get there from here?

In the global republic we count for nothing,
are a footnote in a chronicle of soldiering
and musical asides. Ley lines spread
from everywhere and anywhere else
to meet where we currently are.

Some wear leather, some prefer lace,
others are anonymous in city clothes
or outfits for a hard day’s work.
Nothing but the venue has changed,
although it is tempting to despair.

Cosmopolitan desire drives us
to distant countries and other ways
of thinking. Panic disorder is a state
of mind, a Kantian transposition
of power, silence and emotion,

but also something reassuring
because it’s always there.
I have an inability to choose,
a desire for chaos and chance.
Each poet founds his own club

and this is mine, this my creed:
MAKE LIFE WORTH LIVING.
If you don’t then it isn’t, if you
disagree then you are wrong,
and things once said cannot be

taken back. If we are in the wrong
city then let us perform impromptu
in the street. I have the metabolism
of a hyperactive sloth, the constitution
of the colonel, a sixth sense about it all.