Peter Dent, Speak of the Devil and New Poetry 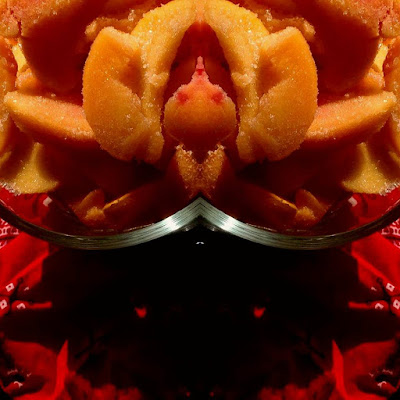 SPEAK OF THE DEVIL

and slack rope walkers concentration camp escapologists and
the like.     More confusion lies in introducing words to words
of encouragement or disdain: the distance between tame and

feral is so much less than it was due to lawyers securing better
contracts with indie entrepreneurs and the perpetrators of up-
and-coming 'phat rap'.     Wildfire extinguishers sex operatives

and deadpan pullers of strings not withstanding I'm bringing
hope to all artisans with my catchy bite-size odes to unknown
demons.     Defectives play up when lights are low.     I find I'm

slipping far too easily into stage English what with my worries
about price and quality.     Thunderstorms wreak havoc across
grouse moors.     High-sided vans tip over added to which we

are green about load destinations and the ability of satnavs to
cope.     With the supply chain breaking down nerve cells can-
not relay the info.     I don't remember whether I was here to-

IN CAMERA AND OUT

Windows lighting and mirrors all added to a strong feeling of
displacement.     I was trying on a lookalike shirt to save

opening up a packet thereby generating distress.     As ever I
was not quite knowing what to see.     If it wasn't me heard

later quizzing both exhibition and hanging, who was it?
None too quick – me as well as many another – but not slow

either succumbing to the resultant blurred vision.     No-one
could stop the dissing of a first and last curatorship – eerie as

message.     Which left me to trawl through limited opportun-
ities for a major overhaul.     I was left with a slimline shirt I

couldn't get my mind round and dollops of apathy about
taking it back – conceptualists in all their finery looked grim.

Sitting there with all her charisma intact after slipping behind
with the schedule.     Brushing off every flippant enquiry.

Downtown life carried on as normal but the gap in know-how
was expanding exponentially.     Light gone by 5 as if by right

she waved on overtakers with something more fascist than a
friendly gesture.     Jupiter made his admirable appearance

a high-octane arrival on the set and no time to brake.     Small
wonder is was space she craved.     A boudoir with views.

with a bite like hell.     All fury and routine threat.     She'd lay
the whole world out her way.    Star turn missing the one top target

to actually matter.     Be herself the perfect example: bowing
to no-one ready to pull them over.     Never quite get on top.

This was as elegant as anything I'd clapped my eyes on in the
continuous present.     A sequencing of delights reordering the
syllabus and establishing connections with our better selves.

All this on the back of too much laughter in her eyes.     Where
chaos was lay readings of Sartre I could barely begin to con-
front.     By no frenzy no rush to diagnosis I mean 'fine art with

a twist'.     Three drinks were enough for her never to see me
again.     It's taken quite a while but at last made sense or my
too crude understanding of the Logos all the more agreeable.