John Thomas Allen, The Old Age of the Assassins 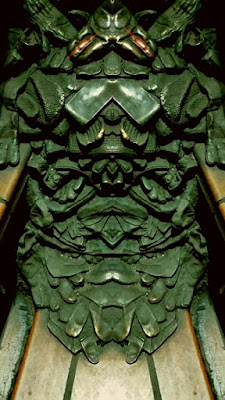 The Old Age of the Assassins

I’ve tapped the split moonlight in reverberated
fevers and clipped the moon’s plasma
The markered fevers, the spells, the snow’s
Symbolist moon accruing caches of pyrite bullets
The moon trapped in fireflies and the crack
smoked hourglass

Dribble in the brouhaha of a Leprechaun’s
golden eyes
Traced in the breath of a psychotic moon
The phalanx eskimos give unction
from on high
A spell traced in vision is lit with fever
And the candelabra’s vision
is refused in AE’ Housman's skull
Staring in cauterized flame
Still here and with you.