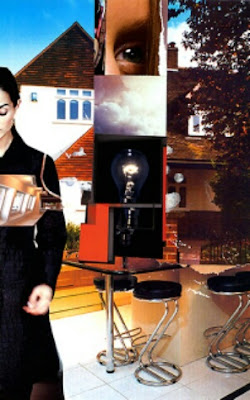 Post-surrealism
Considering the films of Surrealist director Luis Bunuel, one critic observed a key characteristic of his later (1967-1977) work or, rather, the social context of the work as depicted therein: a mode of modernity that appears ‘thoroughly pleased with itself’ and capable of the ‘firmest suppression’ of any indications of trouble. Crucially, he said, ‘This is a world beyond satire, and the old disruptions of Surrealism are not going to make any mark on it, because ordinary life, in this place, is already as arbitrary and erratic as anything a Surrealist could dream up.’ Are there fundamental problems with Surrealism?
Taking into account Sartre's critique of a 'curious enterprise of achieving nothingness through an excess of being' one might also add that there are significant issues with Hegel, political idealism, music, homophobia, infantile regression, anti-consumerism, post-colonialism and The Turn To The East which might define Surrealism as a precursor of the Reactionary Left. From our present vantage point we should be able to formulate a 'post-surreal' perspective, countering, or, neutralizing such vexatious and problematic questions.
The idea of a 'typical post-Surrealist viewpoint' is mentioned by Lucy R Lippard in her discussion of the art of Valerio Adami, a body of work, focused on the principle of metamorphosis, but which also draws upon the media-sphere, especially advertising. To quote Adami himself: advertising is 'a language that assails you wherever you go'. He said his aim was to realise a condition where 'time and space spread out into a new psychic action'

What is Subtopian Materialism?
Answer: a debased form of English Pop originating in the ‘cultural desert’ of the urban fringe, especially South West London, during the run-up to the Suez Crisis, circa 1955. Subtopian Materialism includes Tabloid Impressionism (1) and, in a more contemporary mode, Cyber-Junk (2). It finds inspiration in boring streets and brutalist architecture; in electricity substations, deserted allotments, mass consumerism (‘admass’), all forms of popular entertainment from Cinerama to Teaserama, and the indeterminate, sub-surreal no-place of featureless suburbia – a locale where ‘nothing really happens’. Mid-fifties Subtopian life was dominated by ‘the balance of terror’, flying saucers and the fear of radiation – but found Sunday lunchtime solace in Family Favourites record requests (Tin Pan Alley, Broadway, skiffle, cha-cha-cha, the mambo craze), horror films, ‘Jet Set’ glamour, and in exciting, new gadgets like the Xerox Copyflo and the Polaroid Instant Camera. For exoticism, style, scandal and erotic thrills, Subtopians looked to divas such as Julie London, Gina Lollobrigida and Jayne Mansfield, to Nabokov’s Lolita or to the TV starlet Sabrina. Yet, to a critical observer like Ian Nairn, Subtopia was merely an anonymous tract of anomic space, lacking in distinctive character or ‘spirit of place'; an interstitial ‘middle state neither town nor country’. In hindsight it seems that ‘Subtopia’ ('inferior place') was an incitement for the imagination; although it might also have been that its bizarre strangeness was not a subjective projection but a discovery – Subtopia is bizarre in itself, the locus of a new psychic action.