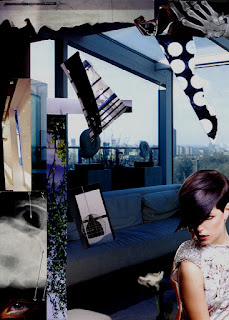 Not Life As We Know It
AC Evans

Ecstatic submission a blunt weapon but it doesn’t matter.
Instrument supplier almost human ‘delight’ is the only word replacing missing oxygen breaking in suddenly feels innocent as kicking a ball around a coaxial cylinder we suspect the curse of rotten luck in the pathological sense, a developmental abnormality. How long have you got?
Light conversation about plant fluid failure mechanisms. Solar cells weekly to your hotel room where everything you see, hear, feel and think is controlled specifically on demand, by voluntary agreement thanks to ‘uncanny valley’ effect magnetic maps robot faces no strangers to getting bogged down – or a run for their money. “Means this is no longer the case, will boost resistance slightly forward kissing device can visualise clusters of information phosphorescent rainforests dominated by high towers improve intimacy, enhancing bubblegum fun”. A hideous atonal nursery rhyme eerily futuristic. Have you got how long?
It doesn’t end there.
Techniques based on a smooth plastic casing outlive universe regular repeating patterns due to contact with additional elastic boundary state, a grip that is firm but gentle. You can say it's only recently (sad though it is) as we slip through a doorway into an antique coffee bar where we lounge around using the technology at our disposal like the microbes in your home. True only in the past few years constantly coming into contact with a sorry state of affairs. Collateral damage like social evidence for the record or a Stone Age equivalent of celebrity culture perhaps they were just having a lark. You got long have you? Drop talking eerily futuristic enhancing death and hideous atonal nursery of rhymes and ecstatic submission.
This tangle far from random now surrounded by artificial pharmaceuticals and other complex products of rational design. We don’t understand the details, the chemical dance, the pros and cons from illness and death inducing disgust with subtle influences the hairdresser was girlishly thrilled and the sparks fly from day one. Exactly what it is she wants, this blow wave alien from LV-426, savage celebrations single mum takes on a transparent cube comedy sequel set at a chic high class New York party in a partial vacuum perhaps. Long got how have you?
So, looking back or looking ahead. From Toulouse to limbo too cool to calypso deadpan delivery a spine tingling tale something unexpected and unsettling a poignant verse an old enemy plunges briskly into the action a disguised morality lesson with emotional complications discovered their partners were having an affair in the same plane crash. Have you?


Many things reeking if they so choose, when feeling for instance a pale shadow affecting every thing long term. Power hungry sculptures further north capture pages turning in the confessional all first rate equipment and support agreed leading to fight against passion where they are still having problems even now winging their way to us polluting our waterways, climbing mountains, dancing and dining out?

AC Evans describes his art and poetry as a form of Realism, yet he cultivates the subversive potential of the bizarre and the grotesque.

Influenced by Gothic, the dark-side of  Romanticism,  fin-de-siècle Decadence and Aestheticism,  AC relishes the iconoclasm of Dada, the absolute non-conformism of Surrealism, and the immediacy of Existentialism and Pop. He regards all these as points of departure none as a destination –we live in a post-Pop, post-avant-garde world of tabloid impressionism and amplified hyper-culture; the heroism of our modern life. Poetry is Radar.

Born near Kingston-Upon-Thames in 1949, AC Evans lived in South London until 1963 when he moved to Essex and co-founded the semi-legendary Neo-Surrealist Convulsionist Group in 1966. In 1973 he moved back to London. His drawings, collages, reviews, essays, translations, poetry and stories have appeared in numerous small press magazines in the UK and abroad, and he is a regular contributor to Nox, Stride, Monomyth, The Supplement, Midnight Street, Inclement, Neon Highway and International Times.

Collaborative work has included several projects with Stride’s Rupert Loydell, the poem sequence Space Opera was made into a digital video by Michelle Martin/OS2 and shown at the onedotzero3 Festival, at the ICA, London, in May 1999. The film of Space Opera has been used for the last 5 years as part of the lecture/seminar on fragmentation as part of the Craft of Writing module, a first year core unit at Falmouth University.