Rupert M. Loydell, from THE SILENCE INSIDE 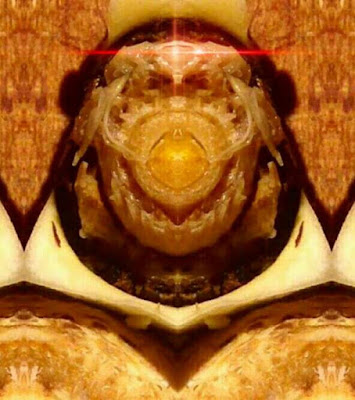 from THE SILENCE INSIDE

mystical fictions and magical nonsense,
ways of clouding logic and the natural

order of things. It is all biology and physics,
astronomy and chemistry, elementary maths.

Nothing is too complex for Doctor Doubt,
who knows everything. He is a polymath,

a theologian, a rationalist, a minimalist,
a guru, a prophet, the master of

Doctor Doubt is plagued by knowing
there were gods before us, gods
before ours, gods who lived and
died and walked amongst men,
breathing, living gods who knew
him not and would not want to.

Doctor Doubt is sure he can make
anything he wants from words, but
it doesn’t help. He does not know
what to believe, or understand right
and wrong. He is on a journey
to nowhere and has lost his way.

All the pebbles on the beach,
all the grains of sand, the water
in the sea, the molecules of air;

Doctor Doubt questions where
they came from, how they got there,
and why anyone would bother.

Other people mention their gods
but scientists refute every one.
It is high tide now, regardless.

He is a shimmering replica of himself
as he crawls towards zero and the end
of things, although he knows it is also
the beginning of something wonderful.

He is listening to the singing, the songs
about songs, and pondering time’s lie,
wishing he could make sense of this dream
and that it didn’t seem so real, so there

in the flesh, as though it was happening
to him. Doctor Doubt shakes off the duvet
and stands up shaking, transfixed. All he
can see is a shimmering replica of himself.

WHAT THE LIGHT DID

Look at what the light did now,
thinks Doctor Doubt, just imagine
what it could highlight and reveal.

It was strange what she said, about
not seeing straight or putting things
in perspective. I didn’t understand

what that meant. She seemed kind
of sullen, somewhat averse to other ways
of seeing, meanings new to her,

preferred the shadows and things
she was certain of, had known before,
would not laugh with us at the thunder.