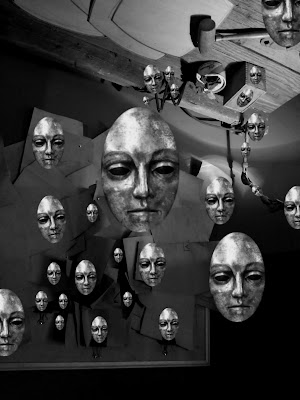 Abstract representations have found
a place as a window through which
wartime supplemental spending in
the foothills of Western North Carolina
can be divided into three subcategories:
symbolic, classical, & romantic. The
Phase I plan calls for busing students
from Roxbury to South Boston. Talk

is increasing, looks set for appreciable
growth. Scientists mull over their under-
standing of the different walls described.
Beliefs are paradigmatically intentional,
are sorted by their propositional content.
No popular authors have been found.

An initial development period with a Kurdish team

The head seems to me too
visionary, like either a hen
crowing from one of the
oldest homes at Cap Estate
or an incarnation of the evil
rectangle found in the reading
of an open-access article on
navigational abilities. Most

mechanisms rarely include
much humor. Agreeing verbs
are directed toward a syn-
tactic e-commerce software
which replicates their move-
ments & keeps them happy.

deciding / to end / the comic strip

Edna St. Vincent Millay hopes the
voyage is a long one. She has her
business in Cuba, selling Apple
Macintosh upgrade cards &
accessories, but this makes her feel
like a press correspondent covering
a war, able to use every metaphor
sandwiched between the saltmarsh

& the smoke. Getting a definite
buzz from it all, even if pioneer
days rather than cutting-edge.
Many poets can sing. It's getting
harder to be heard, though, when an
abundance of bird life surrounds.

There are bikers who are joining in
on Saturday. The brix levels are
already good. Small cinnamon sticks
with slices of apple had preciously
caused quite a few problems with
the retrieval of geo-spatial data; but the
growing tendency of parents to give
projects based around lexical statistics

means dictionaries will pop up before
you're even halfway into the entry
vestibule. Such virtuosity is the culmi-
nation of long years of hard work. We
have ambushed the mainstream. Now
cellos thrive as the vibration baseline.

Studies on whether violence in-
verts social experience have been
conducted primarily by anthro-
pologists testing a hypothesis that
valley grasslands are preferred to
foothill woodlands as the liminal
state in which the usual customs
& conventions do not apply. Fuka-

yama’s ‘end of history’ thesis has
been opposing this approach for
months, instead searching out
municipalities who are willing to
create gardens where a body can lie
undisturbed for at least three days.