Norman Finkelstein, From the Files of the Immanent Foundation, from Part 4, “Lucy Rescued” 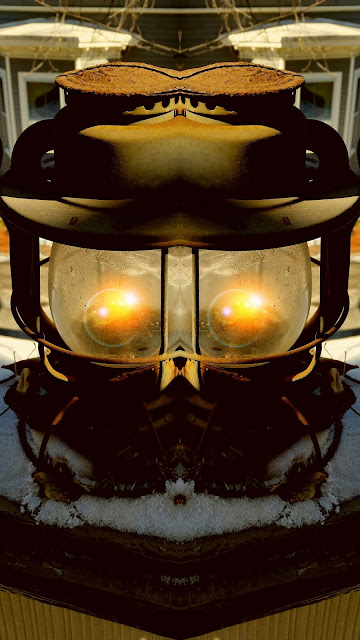 From the Files of the Immanent Foundation

This appears to be a fallback position. We are caught
in a loop. This appears to be a breach of contract.
Certain observers have broken contact. This appears
to be reversion to type. This may well constitute
subversion, but to what end? Greengrass has sent
an inquiry. We have not yet determined how
to respond, but the translator has been alerted.

There will come a time when all of our resources
will be taxed to the limit. Impossible, you say?
There will come a time when we will depend upon those
who have betrayed or abandoned us, who have violated
the syntax of the sentences we sought to speak into place.
There is a price to be paid for every switch in the code.
The red light on the panel signals a switch in the code.

And who, in the end, is truly responsible? Not the current
crop of conspirators, not the elemental orders, not even
the contractors and their in-house counterparts. As usual,
the trail leads from the gardens through the laboratories
to the archives and council chambers. But we have been
ordered to stop the investigation. This is a hyperbole
detector. As you can see, it has not been activated.

is a set of generic conventions, a discourse following
predetermined rules.” The Accountant stares. It seems
like a heap of rags by the side of the highway. It stirs.
A face beneath the shadow of a hood. One eye covered
by a piece of tin, bolted into forehead and cheek.
He pulls himself up on a stick like a marionette.
“Give me some water from your well.” She hands him
the goatskin reluctantly. A long drink. His frame shudders.

“There is an I. And an I behind the I. A higher I. See?
And a you.” A chuckle—rattle of gears? Beside him,
Alanna tenses, growls audibly. “You didn’t want to
bring him here, did you? You want a clear demarcation,
a neatly maintained border, yet he knows already that
such is not the case. He has learned of the congruence.
He has first-hand experience. To ask advice of one
such as me was always part of the plan. As you know.

But it’s never merely a matter of power—of who
you support or who supports you. You wouldn’t need
to visit me otherwise. Otherwise you would balance
this against that. There would be long columns—right,
my boy?—and missy here would take you from one
court to another [grrrr], one mystery after the next.
The initiation would be complete and the quest would
prove beside the point. And as you took your place,

you would forget her.” He looks down, collapses into
himself, rouses himself again. “You think this is
a mistake, missy? You think this is an upload in some
wretched bio-construct, planted on the marches
of Faerie, just the sort of game you hoped never to play
again? I’m as unreal as you. Listen, hero: whatever
you need you have within you. Isn’t that how
the prophecy always goes. Now get yourselves off.”

“How to distinguish between false prophecy and true?”
Does he wake or sleep? The nymph is nowhere to be
seen. The uncertain light takes form: why is it always
an old man, as if the beyond is nothing but a home
for farts and geezers, brought out of retirement
for one last cameo role? Long black overcoat, long
gray beard, hat pushed back on the forehead, stray
curls that might have once been red. Mild blue eyes,
looking him over. Coughs into a handkerchief.
Then they are seated at a table. Then there is a book.
“I am Reb Derasha, and this is the book of open doors,
the book of days and nights, the book of moons. I am
the teacher at the door of sleep, the reader of dreams.
You are the one who seeks for his bashert among
the numbers, the hosts of the left hand and of the right.
You say she has been abducted, but how do you know
for sure? You made your way to the throne room.
You were rebuked and turned away. You have been
aided by one of the daughters of wisdom. I passed by
the golem she has made for you, not only of earth
and water, but of air and fire too. It will not hold up
much longer. And the construct warned you against
her: now what do you make of that? And of me?
Yes, boychik, authority always plays a double game.
That is how you know it to be authority. But now
you must consider this: all demons are one demon,
and whether they wish you good or ill, they make
their way within. They are the microcosms, the monads.
You cannot help but fear them, and even as they fear
each other, they fear you too. You cannot put it aside,
so you must go in further. Then you will know what
words to trust; then you will know what prophecy
is true. Then the figures will come alive, and the stories
they tell will be shells within shells, with no kernel left
to consume. But you have been given the kernel already.
Plant it and see what grows. I will meet you at that
planting, whether I find you beneath the chupah or wrapped
in your shroud, here or in Zion or in faery lands forlorn.”

At a certain point it occurs to him that neither of them
will be harmed. In the movie the ogre carries the girl
to safety on his back. It’s like that, and all is put
to rights. But how to get there? In the past, the sheer
multiplicity of discourses, practices both common and
hermetic taking place simultaneously and along a readily
discernible timeline, would somehow coalesce in an event
that could not quite be categorized as alchemical, but still…
Now, however, the radical simplicity at the level
of the sentence cannot produce the necessary glamor,
the luminosity associated with the opening of a portal
through which they might be taken to another world.
He thinks of the spells he was taught long ago.
None of them are strong enough. Words, numbers:
the true adept is never called upon to choose. Only
now does he realize that total translation involves
more than the strongest incantations. Beyond
the narrative’s termination, past all avowals of
love and hate, when the transferences have turned
back into myths, and the metamorphoses are enshrined
as tableaux in the final mysterious initiation—only then
will the present cancel past and future, and the sentence
reach its end. He begins to tire of the warnings, even
when he is warning himself. He knows what he needs
to know. He sees himself planting the tree or drawing
the tree. The letters stir in the branches, moved by a
breath of air. He sees past the end of every sentence.

Norman Finkelstein is a poet, critic, and Professor of English at Xavier University, where he has taught since 1980. He has published widely in the fields of modern poetry and Jewish American literature. His most recent critical book is On Mount Vision: Forms of the Sacred In Contemporary American Poetry (University of Iowa Press, 2010); his most recent volumes of poetry are Inside the Ghost Factory (Marsh Hawk, 2010) and the serial poem Track (Shearsman, 2012). The Ratio of Reason to Magic: New and Selected Poems is forthcoming from Dos Madres Press in the fall of this year. He is also working on a book of essays to be published by Hebrew Union College Press, tentatively titled Like a Dark Rabbi: Modern Poetry & the Jewish Literary Imagination.