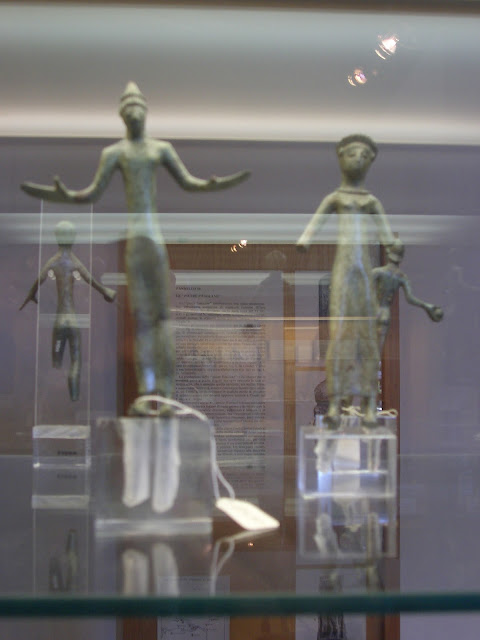 from THE RETURN OF DOOM-HEADED THREE

I wasn’t looking for you but the Colonel was,
along with self-promoted General Puce,
Dame Blowfish with the Magpie twins
and an entourage of nurses and musicians.

I thought I saw Doom Headed Three
but it was only some DIY wannabees
dressed in an approximation of their
favourite stars. If I was you, I’d hide;

the Colonel wasn’t in a good mood
and seemed to have a warrant.
Shoot to Kill, was printed at the top,
do not try to converse or reason with

printed just beneath. The twins
were looking forward to rescuing
jewels and trinkets from your corpse,
Nurse Ratchet to the embalming.

I have booked a small pyramid
out on the ice for your remains,
beyond the reach of satellites
or reliquary hunters. Happy bliss,

and no encores to endure,
no imaginary careers or contracts
to fulfil. We might even get you
a sainthood for your pains

or at least a mention in the pages
of the village magazine. Love dies
and the last days are an oblivion.
Spinoff and Distrust: do the honours.

Demiurges rise from graves chanting “the nephilim suck the pores”,
with man-eating leaches in tow. Rotted bones jerk in corpse-soaked
ponds. Fires burn in the distance with shipwrecks. Skin-boiled imps

haul wagons full of skulls with death knell and starving dogs. Traps
decorated with crosses are manned by legions of the undead. King
Dead rides a mangy horse and carries a scythe. He plays the hurdy
gurdy in a punk band called Doom Headed Three.

Broken glass, broken minds,
reflected in the greenhouse
of a lost utopian garden.

Shadows come to stay
and there are plants
which have outgrown

their welcome, as well
as trees in skinny rows
that produce no fruit

into an imaginary past.
People in glass houses;
panoptical priestess.

I may be dead during our next repartee,
spent by a spate of repetitions,
repeating this one to the forensic specialist
who only knows futility and cynicism—just another dead guy
in his mid-fifties. We get these types twice a week.
What’s this about our efforts to decrease
the surplus population? That’s me, Uncle Abner.
You’re only worth what you earn. What’s this about urns?
Yes, I was shopping for an original George Hepplewhite,
but would settle for a cheap coffee-grinder. For ashes?
It is your plan to grind your ashes for a hot beverage?
It is Uncle Abner. It is. Nothing soothes a broken man
like a Mayan Funerary Urn Latte with extra foam.
I like mine with a dash of swan’s neck pediment.
Cremation is so final, isn’t there an intermediary step?
An ode of postponement, or perhaps a dirge
of scheduled-you-on-the-wrong-day. Say,
how about valet at the masquerade ball. No sir,
Uncle Abner, it’s time. You see, things run their course.
You mean people run their course. Yes. Entropy
melds its scintilla, thinning specks, skinning its pickled
pork bellies to slices of spicy meat. What chance could a figura
etymologica have in an age of instant disposability?
•