Erik-John Fuhrer, excerpts from The Voyage Out Sonnets 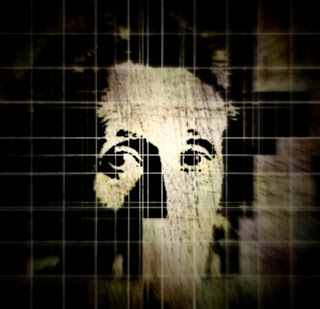 
excerpts from The Voyage Out Sonnets*

Laughter grating dead silence, uncrumpling
from the wall. Love was movement crowded
into words of rhythmically stripping
nonsense. Into the darkness, breath so dark it numbed.
Dreams repeated chairs scattered
in a square box vaguely twitching as if paper. Metallic
sleep lit a cigarette impatiently. Lonely
minds look at the ruins in the garden facing
sharply cut spirits. Numbness disappeared, flung off.
Silence cut down a tree, big and splendid.
People are puzzled, pointing to smoking cigarettes.
Trees flirt with eyes: nobler than conversation.
A pale look shut up in heaps of sleep.
Fragmentary, hazardous instinct.
46.

Dim figures grace through the garden. Bent
eyelids dress sleep in bright fog. Breathing confirmed
interest in life. The world sat close to the bodies,
ceased to be. Calm engaged the railway, determined to join
people in the burden of the new generation. The mind dashed
legs into movement. The flies are particularly nice.
Under the nodded moonlight, tea flowed
with silver marks of pepper. Gloomy people treat
frowns as children. The eccentric was clear eyes and endurance,
playing tennis. Minds had very few thoughts. Snug below October,
life animated traces of fading eyes. Clouds smoked
the mist of tobacco in intervals of sea water.
A cold water signal sprung on the tennis court.
The gravel seemed reluctant they should go.

Breaking exhausted creatures under bricks, the air
drooped dry spines. The fall shapes could merely listen
in spite of the heat. Heads, looking at each other’s hands broke
earth. A heavy-eyed headache added
dark windows. Painful movement shut the thump
in a bed of ice. A song slipped through the heat. Glassy cool curling
tried to obliterate the world of sound. Isolated
bodies appeared drawn to the mist of the night.
Hollow hands come nearer across sleep
and toe the still hot shadow above. A tunnel
formed in drops, whispering the lives of other people.
Music plunged the room. A rose can’t roll
at the same spot as a child. Anxiety visits in waves, unwilling
to sit down. A high pulse slips out the day.

Hours pinned distance to grains of sand. Restless
nightmares amounted to boredom shut up in a white house of paper ears.
A long pause obeys the dark frown of shock suffered. Eyebrows shrugged,
leaving behind colour shut
white in ice and fresh milk. Days saddle
the minutes to a train in nervous jerks. Oblivious eyes
grasp sticky water rolling over dead light. Exhaustion paced
the grey light and passed away. The waves beat trees into nothingness. Rustling
rose the moon beneath one’s eyes and slipped down the pale, blue earth.
Glow-worms fold tiny suffering into their bodies. The dark wave of pain
replaced bare bone. A bird jerked the ceiling of its body round the room.
People drifted in low tones, too restless to uncork the mind of morning.
Buried alive, the afternoon struck the sun. The red hand of desire cut
the flesh of silence. The souls ceased death while they spoke.

*These poems are from a longer work titled The Voyage Out Sonnets, a page by page erasure of Virginia Woolf's The Voyage Out. During the process of erasure, I moved chapter by chapter and then formed what I had into 50 experimental sonnets. Solmaz Sharif has convincingly linked poetic erasure to government censorship, which every erasure project certainly risks replicating. Woolf herself had to censor herself in her novel in order to get published. Since the intent of this project is to celebrate rather than censor, I was careful and mindful not to redact but to highlight Woolf’s words. Rather than physically blackening out words during my process, I left Woolf’s original text clean and instead circled words that I believed revealed the multiple possibilities in the original text. I highlighted language over narrative and provided agency and voice to animals and inanimate objects, which Virginia Woolf often does herself in her later work, such as “Kew Gardens.” For the most part, I did not add anything to the text, with the exception of the rare addition of an “s” at the end of a word. I also occasionally cobbled together a word from individual letters. That said, Woolf's individual language remains mostly intact and unadulterated in these poems, which intend to pay homage to Woolf's original text.