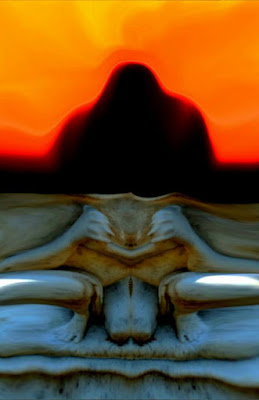 wasn’t the light of the unpronounceable name
wasn’t the shadow of another future, burning fingers
but the way the craft
encircled her body
with intimacy so ultimate
it could only be achieved by a machine
as it mimicked
the splintering
emotional carpet
she unrolled every time
the noise dropped for 8
seconds, when she was utterly alone
and as all space settlers 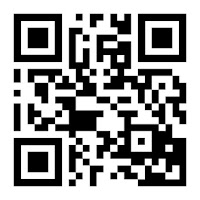 all of his metaphors, self-referential
without footing
without gravity or grammar   ideas or things
he reads
light –
so closely, nothing’s recognizable –
how else to accommodate – the unfolding?

“I know all of the laws,” he broods,
“not to mention superstitions but
none seem to apply to me
I invented the ideal compositional form –
at once womb and loophole
coincidentia and enjambment
but the form’s contours
shattered like a Lurianic carafe,
the energy slithered
into a side-project

and this is my only origin story –

curtain draws him open
a sentient being, pure space wave
he dreams of someone invisible to talk to

I am the body who translates the invisible
there’re others like me
but you – how many of you are out there?

all I know are the brushstrokes
across my body
your language

I accepted it as yours
but from deep inside, watched
counter-points
wholly random
the two of you –
unaware of each other
can I hide my thoughts from either one?
who am I in consent and concealment?

not a telescope but a phantom limb
stretching towards the invisible –

is how the experiment’s outcome
was described to me; my consciousness, a small
price for this new form of travel –

instead, their hands went into my corpus
my memory bled unto their fingertips
I could speak no words but laced
their echoes, in patience & sorrow

in the beginning, a burning mirror to erase
the dream of semblance, created
the dream of the missing alef,
which became the breath
of Elohim, the edge
of your song’s void

when she said she could read my thoughts
I didn’t think: scribal ant colony and its crumbs of vapor
didn’t think: memory as a body that lies uncreated
my mind, a tunnel, ancestors
burred
out of the zoharic riddle that hid them
as if they themselves were the conundra

“is there a difference between telepathy
and hypnosis?” I asked

“between reading and writing?” she echoed