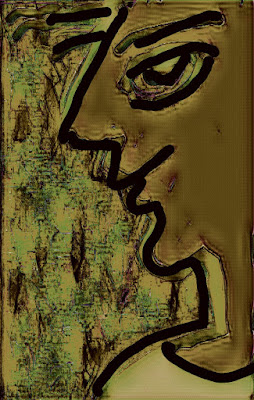 so as to avoid being caught up
He had met the writer
and this is the name by which
here he thought the sound
not permit him to entertain
unable to leave the country
a buried cache of nature
which to conjure and juggle
yanked the curtain of hair
who knew him best.
sensible provisions
when such events
permission to seek treatment
. He is not unreasonable

iconoclasm
of spiral shapes
and plays his hand.
oblivion, dreaming,
, between the fields,
her process of working
critical acclaim
and the speed
and duration
kept in his apartment
failed to deliver
permanent works
won’t stay forever
from the beginning

made something positive out of
chaotic gestural traces
need is not more.
people about whether or not
that was more difficult
but not as he had imagined.
considered failures
distant prospect of the original
type of work.
remnants was influenced
, or even liquid.
It has become her,
for the first time it was quiet
I’ve seen the work myself.

you to desist.
engaged in any mischief
a correct count
partial records
had made a name for
after I was sent here
would return to
the broader tragedies
pushed back down
bound and sold
a site of uncontrolled
that will one day reach
other visionaries will
, and at every stage write you

to the next story,
as not there
among the secret community
unsettled areas.
and spectacular fossils
systematic disintegration
is nothing left of either
history, manifested
free movement of finance
unreason ever more rapidly
had some money in her hand
enquiries were made
a continuous voiceover
shimmering with mirages.

and reverent in treatment
slowly under the weight
another's particular history
within the shouting
the night time walk.
time to gain the approval
an old man by now
the path marked by
mislaid or discarded
pasted over immediately
impose their beliefs
damage, destroying both
the gradual erosion of
, nothing remained after


Serena Mayer studied anthropology and social geography, and is interested in hidden texts and forgotten or discarded language. Her writing has previously appeared in Nutshell, Electric Zone, Here to Stay, I Am Not A Silent Poet, X-Peri, Amethyst Review, Odd Moments, Reflections, A Restricted View From Under the Hedge, Poetry WTF, Storm Warning, and International Times. Her first book, Theoretical Complexities, is forthcoming from Broken Sleep Books.