Vanessa Place, At Issue Here is the Proper Construction 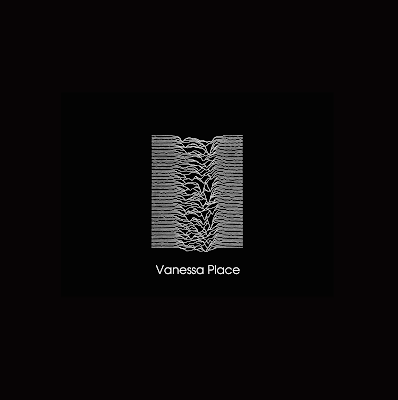 At Issue Here is the Proper Construction

At issue here is the proper construction of section 266i, subdivision (a)(2),
which provides in pertinent part that any person who “[b]y promises, threats,
violence, or by any device or scheme, causes, induces, persuades, or encourages
another person to become a prostitute” is guilty of pandering.

Defendant argues that section 266i,subdivision (a)(2)’s phrase
“to become a prostitute” does not include encouraging
a person who is already a prostitute,
or is posing as one.

The People argue that the better view is that “to become a prostitute”
means to “engage in any future acts of prostitution,”
regardless of the victim’s status at the time
of a defendant’s encouragement.

The interpretation urged by defendant could lead to mischievous
and potentially absurd results. (See City of Poway v. City of San Diego,
supra, 229 Cal.App.3d at p. 858.) Trial court and appellate inquiry might be
required to tease out just who might qualify as an “active prostitute.”

Would the defense be available only the pimp’s
overture was made while his target was actually
engaged in soliciting?

Would people qualify as active prostitutes only if
that was their sole occupation, or would
occasional resort to prostitution be sufficient?

Would it make a difference if the prostitute also had
legitimate employment?

Would a hiatus of weeks or months
transform an “active prostitute” into
a former or inactive one?

There is nothing in the legislative history or decades of case law
that even remotely suggests an intent to raise these esoteric inquiries.

We also think it safe to say that someone who
encourages another to become a prostitute
is seldom giving disinterested advice about
a possible career path.

The phrase “encourages another person to become a prostitute”
can readily be understood to encompass the goal that the target
“become a prostitute” in the future for the benefit of the encourager
or some other pimp. (§ 266i, subd. (a)(2).)


Defendant’s reasoning rests on the flawed
“assumption that the Legislature was concerned
only with actual, rather than potential, harm.”
(Patton, supra, 63 Cal.App.3d at p. 218.)

“[T]he relevant social policy question is the potential for harm
which defendant’s conduct reveals. A substantial potential
for social harm is revealed even by the act of encouraging
an established prostitute to alter her business relations.

Such conduct indicates a present willingness
to actively promote the social evil of prostitution.” (Ibid.)

Accordingly we conclude that the proscribed activity
of encouraging someone “to become a prostitute,”
as set forth in section 266i, subdivision (a)(2),
includes encouragement of someone who is already
an active prostitute, or undercover police officer.

The unambiguous language of Penal Code section 266i,
subdivision (a)(2) precludes the application of that particular
subdivision to those, like the undercover police officer here,
whom the defendant believes already to be a prostitute.

One simply cannot “become” what one already is,
and if, as the majority holds, the statute requires the specific intent
“to persuade or otherwise influence the target ‘to become a prostitute’”
(maj. opn., ante, 127 Cal.Rptr.3d at p. 673), defendant cannot be convicted

under this subdivision for attempting to recruit into his service
a woman the evidence showed he believed already
to be engaged in the business of prostitution.

Encouraging another person “to become a prostitute”
is a felony. (Pen.Code, § 266i, subd. (a)(2); all further statutory
references are to the Penal Code.) Falling within that statutory language,
the majority holds, is “encouragement of someone who is already an active
prostitute” to become a prostitute. (Maj. opn., ante, 127 Cal.Rptr.3d at p. 674.)

I cannot fathom how one can “become” what one already is.